Computers in this world are the most common part of life it is neither an asset nor a device we can call it as important as garments for us. Computers are books for the students, Meeting Place for the businessman, Diary for professionals and an essential part for everyone. Raspberry PI is just an initiative by an Educational Charity foundation to adopt computers in our daily life easily and making it closer to the people by its affordability
The Raspberry Pi Foundation is a registered educational charity based in the UK. According to foundation “The Raspberry Pi is a low cost, credit-card sized computer that plugs into a computer monitor or TV, and uses a standard keyboard and mouse.” But reality is that it is larger than a credit card Hah Hah Ha now jokes apart. Raspberry Pi enables learning to program in programming languages with no age bar it is a little device with the capabilities of computer Raspberry Pi is packed with ability to interact with the outside world, and many more capabilities like computer from browsing the internet and playing high-definition video, to making spreadsheets, word-processing, and playing games.
It can be used in a broad ways for different projects requirements like detector for weather stations, signaling of trains, digital signal conditioners and many more from basics to advanced digital projects
But the primary aim behind the Raspberry Pi is to see the Raspberry Pi being used by kids all over the world to learn to program and understand how computers work and program them to implement their thoughts Raspberry Pi are available in different specification from a very basic Raspberry Pi 1 Model A 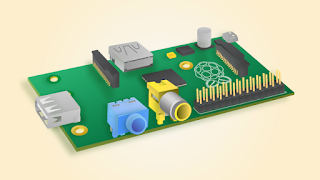 The basic Raspberry Pi board generally used for embedded development like basic robots and sensors with intelligence but it lacks many features like Micro SD, HD Audio, HDMi etc
The Latest Raspberry Pi 2 is bundled with many new features and enhansements 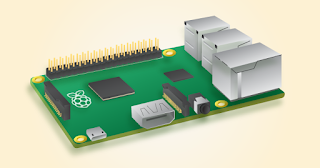 A 900MHz quad-core ARM Cortex-A7 CPU
Because it has an ARMv7 processor, it can run the full range of ARM GNU/Linux distributions, including Snappy Ubuntu Core, as well as Microsoft Windows 10.
Thanks Folks.